The regiment was attached to the 53rd Welsh Infantry Division, 2nd British Army 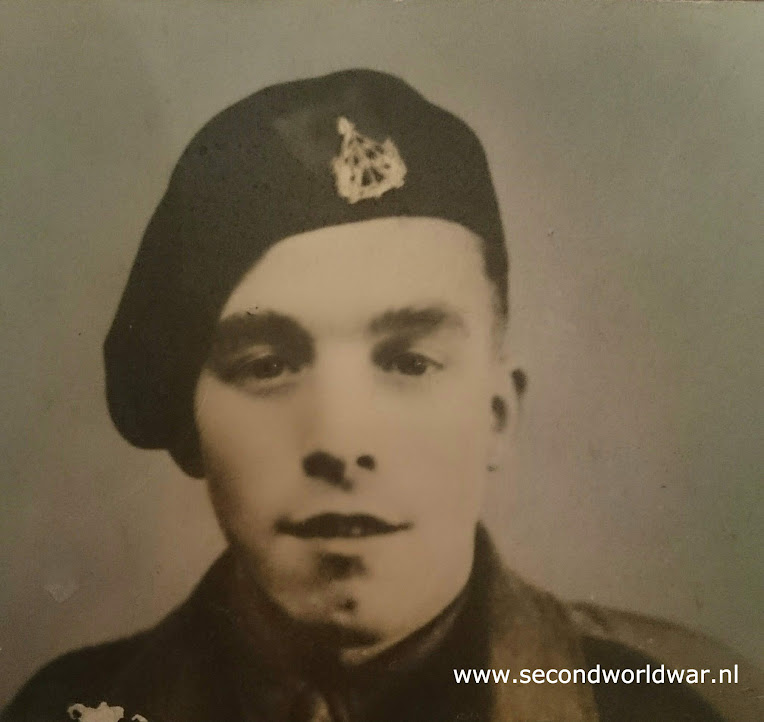 William Phillips was the son of Daisy Nellie Phillips, and the stepson of John Hirons, from Bedworth, Warwickshire. He had seven brothers and sisters of whom two are still alive in 2016. He was 26 years old when he died in Enschede in the night of april 1st 1945. He was part of C Squadron of the 53rd Recce Regiment at that time. Phillips drove in a Universal (Bren) Carrier. On april 1st the crew of this Universal carrier (T242705) was: Corporal F. Southall, Trooper R. Waddington and Trooper W. Phillips.

The 53rd RECCE Regiment was formed January 1941 from the 158th, 159th and 160th Brigade Anti-Tank Companies of the 53rd (Welsh) Division.
The regiment became 53rd Regiment, Recce Corps 6 June 1942, became 53rd Recce Regiment, Royal Armoured Corps 1 January 1944.
It was equipped with Humber IV armoured cars accompanied by Humber LRC III’s and Universal carriers. As part of the 53rd Welsh division it began to land in Normandy on the 23rd June 1944 and by the end of the month it was ready to take part in combat operations.

Local news reporter C. Redert from Enschede, the Netherlands wrote down his impressions of the liberation of Enschede in april 1945. Enschede was liberated on April 1st 1945. Redert's recollections of this liberation where published in a small booklet called "Broken chains" only eight days later.

He wrote:
"It is almost 6 o'clock. At the far end of the Padangstraat an armoured car comes in sight. Could this be a British tank? A while ago we saw another one but he disappeared in a crossing street. With tension we wait and stare through a pair of binoculars. Three armoured cars are visible. They are British and they approach with great speed. People pour into the streets and start cheering and waving flags. The tanks stop near our home. The streets are flooded with cheering and singing people. I wonder where all the flags and orange come from that people are carrying into the streets. Some children are completely covered in orange. It is hard to express our feeling at this moment. A heavy burden has suddenly been lifted from our shoulders. I cannot find words to define the mood that I am in. Women are crying, men as well. I want to cheer the British soldiers on but I cannot due to a lump in my throat, of which I am not ashamed. The only words I can think of in this moment are "Thank God". This moment on the 1st of April 1945 is one of the finest moments of my life. I will never forget it.

Soon we meet the Commander of the first tank, a heavily build chap with a brown head and white teeth. His name is Davies, he is 29 years old. He advised the people to remove the Dutch flags because the Germans are still in the city. The second armoured car drives on and is positioned on the corner of the Padangstraat and the Hoogelandsingel.

Suddenly around eight o clock heavy shooting. Davies runs towards his armoured car, he shouts that he will return. We hide in our cellars. We hear pounding noices around us. It is clear to us that a fight is going on around us. After a heavy explosion we hear the sound of breaking glass. "those are our windows" we say to each other. When the shooting sounds more distant we leave our cellar.
We do not sleep much this night. Early in the morning another there is heavy shooting once again.
A dead soldier is found in the Armoured car which is positioned at the corner of the Padangstraat - Hogelandsingel. The people around the car are looking sad. They feel for this lonely dying in a foreign land. The casualties name is Pope. Yesterday evening people had been cheering him on. Only moments before the deadly shot hit him he had been playing the piano at the Molenaar family. "

Bill (William James) Pope was a Lance Corporal in C Squadron, 53rd Recce Regiment. His buddy Norman Stanley Mitchell recalls: I was very close to the car when it was hit by the shell of a german bazooka grenade. Damn me that wasn't easy. We buried him at the local churchyard. He was later moved to the civilian cemetery in Enschede and I was very pleased to think I was able to visit his grave in 1995." When an interviewer ask him in 2000 if he was affected by the death of Pope he says he wasn't. The burial which he attended was very moving, but loosing fellow soldiers was something they had almost gotten used to. It was the battle fatigue.

The Dutch journalis C. Redert continues:
A British military padre arrives. He will retreive the body of the dead soldier from the armoured car. This is not an easy task since the hatch opening on top of the car is small. Gentely he is lifted from the car. Once his head is visible it is covered by a blanket. All is done with the greatest care. The dead soldier is put on a stretcher.
The body is placed close to my house. People in the street take their hats off.
A bit further away, close to the house of the Peteri family (Hogelandsingel 21), another soldier has been killed. His name is Phillips. Both men are carried away to a field grave in the garden of father Geertman. The padre makes a short speech. Soldiers who attend this ceremony start to cry... How else could they. These men have been together since the landings in Normandy and now the liberation of Enschede has cost them two comrades. Pope and Phillips are buried. Life goes on and the war continues."

What exactly has happened last night, we do not know. We do know that a bunch of soldiers had been retreating through the Padangstraat. They had approached the armoured car quietly. It is possible that a German tank took part in the fight. Trooper R. Waddington, a Bren carrier crewmember of Phillips is reported missing after that night. The report states that it is unlikely that he has been taken prisoner by the retreating Germans, but after a thorough search no body was found. It is not yet known to me what happened to him, but I assume that he did become a POW that night. 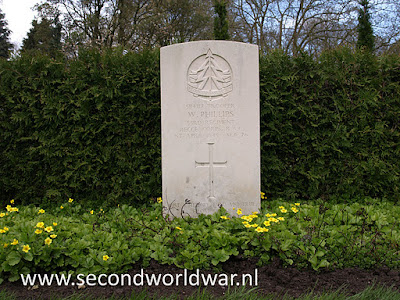 The grave of Trooper W. (William) Philips at the Oosterbegraafplaats in Enschede. 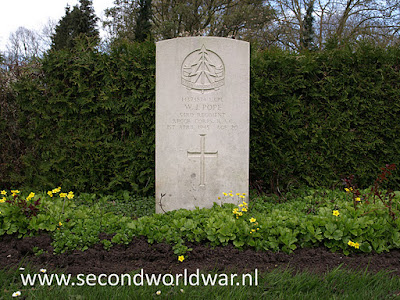 The grave of Trooper W. (William) Philips at the Oosterbegraafplaats in Enschede.

The garden of father Geertman

April 5, 1945. Today we have placed a wreath on the graves of our fallen British friend Pope and Philips. The money for the wreath was brought together by the citizens of the neighborhood. A short speech was held in Dutch and then in English. The speech ended with the words: They did not live to see the peace here on earth. Let us hope they will find peace in heaven with the Lord.
There had been no announcement of the wreath laying, yet a lot of people attended the ceremony. British soldiers where also present. One of the attending made a photograph which he planned to send to the families in Britain. 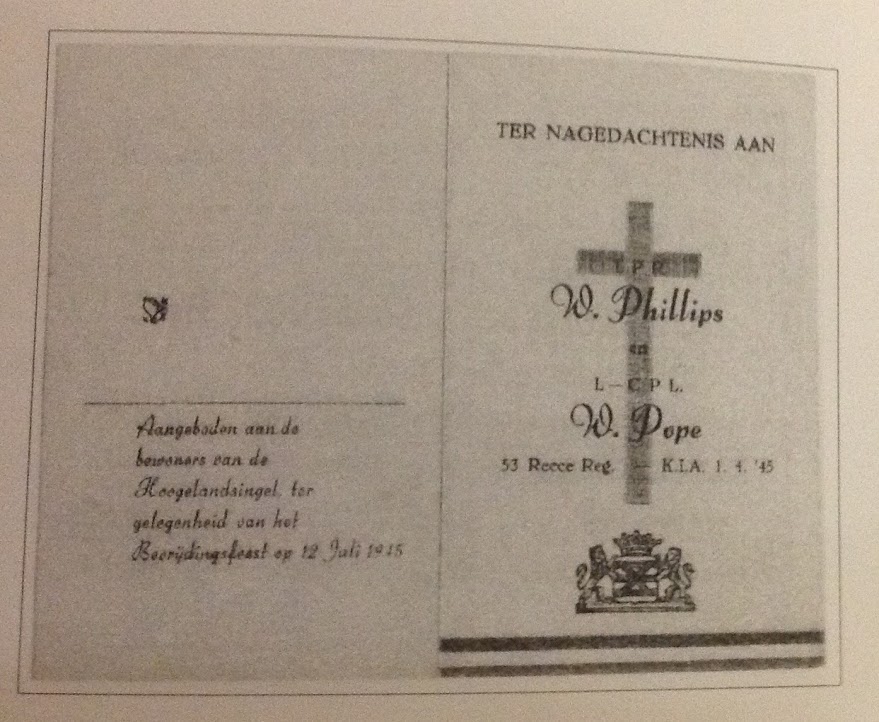 Commemoration card for Pope and Phillips.

Overview of locations where both soldiers from 53rd Recce Regiment, C Squadron, William Phillips and Bill Pope were killed and buried.

In May 2015 a commemoration service was held at the Oosterbegraafplaats in Enschede in the presence of the mayor and of British soldiers who had taken part in the liberation of Enschede. 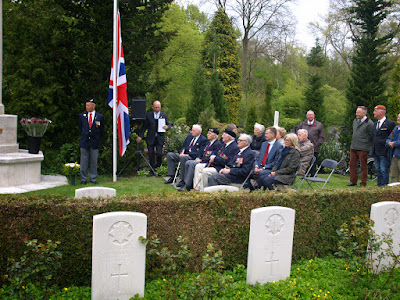 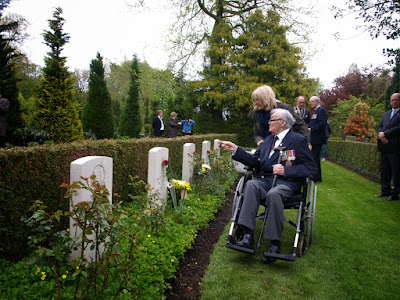 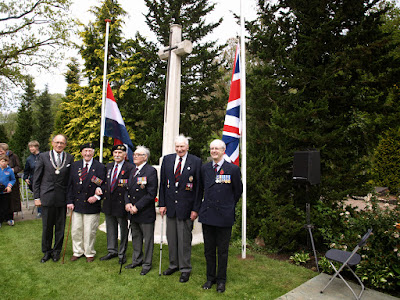 William Phillips is commemorated on a monument in Enschede as one of the twenty allied soldiers who lost their lives during the liberation of Enschede. 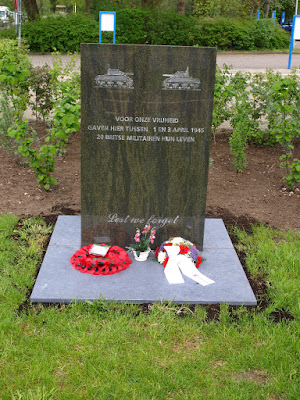 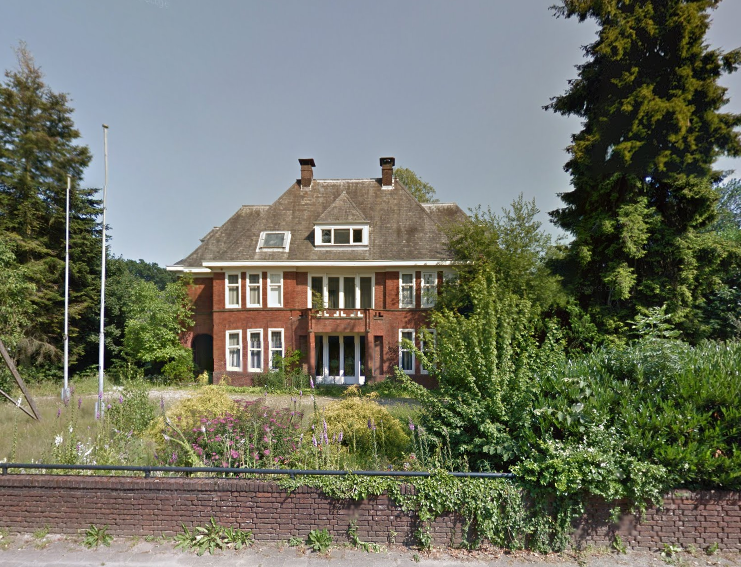 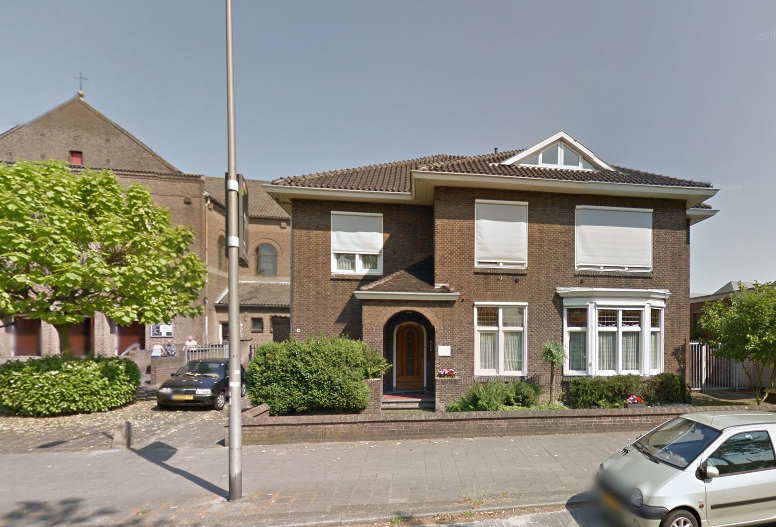 Hoogelandsingel 41, William Philips and Bill Pope where buried in a field grave in the garden of this house.